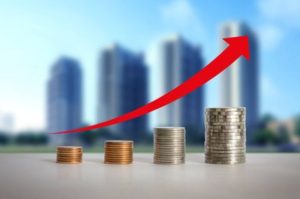 These are worrying times for people who put money into savings accounts and guaranteed investment certificates sold by subsidiaries of troubled Home Capital. Clients have pulled millions of dollars out of savings accounts from Oaken Financial and Home Trust, but GIC assets remained largely untouched as of early this week.

Both savings and GIC deposits at Oaken and Home Trust are protected for up to $100,000 by the Canada Deposit Insurance Corp., a federal crown corporation. But while savings are easily transferrable to another financial institution, non-cashable GICs cannot easily be redeemed. Expect penalties and to forfeit at least some interest if you’re able to break a GIC.

Here are two suggestions to ensure your GICs are as worry-free as possible. They come from Brandon Brot, a principal at GIC Wealth Management, a deposit broker offering GICs from a variety of issuers.

Mind the limits
For banks and trust companies that are members of CDIC, the limits are five years in term and $100,000 in combined principal and interest. “If you’re worried about an institution, don’t invest $100,000 and think you’re going to get your interest back,” Mr. Brot said. “If you’re doing a compound interest GIC, you should do significantly less than $100,000 to ensure you’re covered.”

Credit unions have their own provincial deposit insurance plans, some with higher limits than CDIC. However, not all provincial plans have government backing like CDIC. The Deposit Insurance Corp. of Ontario is a provincial agency. The Deposit Guarantee Corp. of Manitoba says on its website that there is no legislated requirement for it to be backstopped by the provincial government.

Organize your accounts
You can have multiple GICs at the same CDIC-insured institution, each covered to $100,000, if you set up your accounts properly. “We have a lot of clients who have $300,000 in coverage – they have accounts for themselves, for their spouse and a joint account,” Mr. Brot said. Registered accounts are also covered separately.

Mr. Brot said that even with CDIC coverage, people worry about their money being tied up and unavailable if their GIC issuer collapses. He’s attended conferences where CDIC officials have offered assurances on this matter. “They made us feel comfortable with how quickly they would handle things if, God forbid, something were to go wrong.”